skip to main | skip to sidebar

In Praise of Bed Alcoves 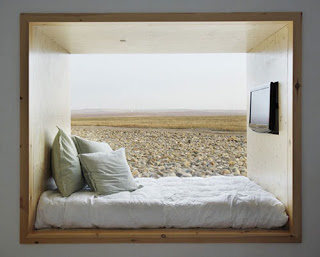 In his landmark tome (and my favorite architectural book of all), A Pattern Language, Christopher Alexander explains why Bed Alcoves are a winning design idea.

Floor plan view of Bed Alcove
Christopher Alexander's A Pattern Language
Imagine having full use of rooms that go largely uninhabited during the day, just because there is a big bed hogging the middle.  Bed alcoves save so much space, you might find yourself being able to build significantly smaller, or forgo that addition altogether.  Plus, they are an incredibly cozy and delightful place to sleep.  That is why all of the bedrooms in THE CONCORD GREEN HEALTHY HOME will employ Alexander's clever pattern.

Clearly, designer Suzanne Kasler is a big fan of the bed alcove concept, as these next three photos show: 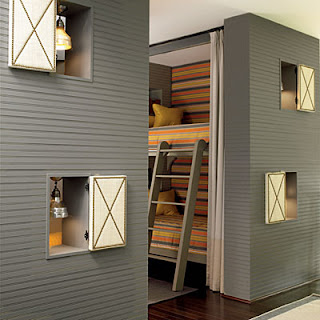 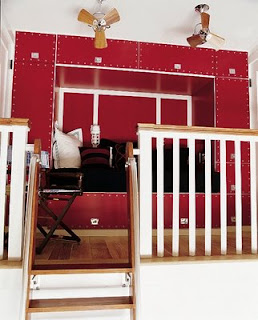 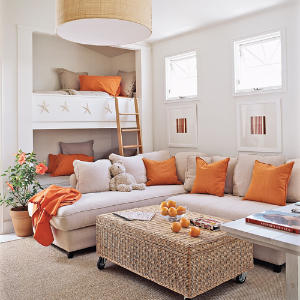 Posted by CONCORD GREEN — lisatharp.com at 8:08 AM

Meet me on the Concord Green...

where, like the town greens of our past, we can share ideas. This time, it's healthy design strategies for people + the planet.

CONCORD GREEN — lisatharp.com
I'm an interior designer, raising awareness about healthy and sustainable design. We built THE CONCORD GREEN HEALTHY HOME to showcase these principles, while wrapping them in a beautiful, classic aesthetic. Want to make your home Healthier? Greener? More Comfortable and Inviting? Visit www.lisatharp.com, or email me at Lisa@ktharpdesign.com to learn about our interior design services.

View my complete profile
For Jeannie. 11:11

"I went to the woods because I wished to live deliberately. To front only the essential facts of life and see if I could not learn what it had to teach and not, when I came to die, discover that I had not lived." - Henry David Thoreau

THE CONCORD GREEN HEALTHY HOME harnesses the best of old and new building principles. Like our ancestors, we respected the position of the warming sun, cooling breeze and shady trees. Better than the past, we super-insulated to retain comfortable indoor temps and minimize energy use. The home is rooted in classical architecture, but was panelized off-site to cut waste and protect materials from weather, thus reducing chance of rot and mold.

A big thanks to the design team members, who were open to the rather frightening idea of having two sets of architects for THE CONCORD GREEN HEALTHY HOME: ZeroEnergy Design, green architects/mechanical designers, and Connor Homes, creators of reproduction "New Old Homes". This project would not be possible without Aedi Construction, our resourceful healthy home builder.

Are You Chemically Sensitive?

To Sam, my rock. Thank you for your love, your steadfast support, your ability to make me laugh no matter what, and your patience with my "canary" ways. Without you, none of this work would be possible.